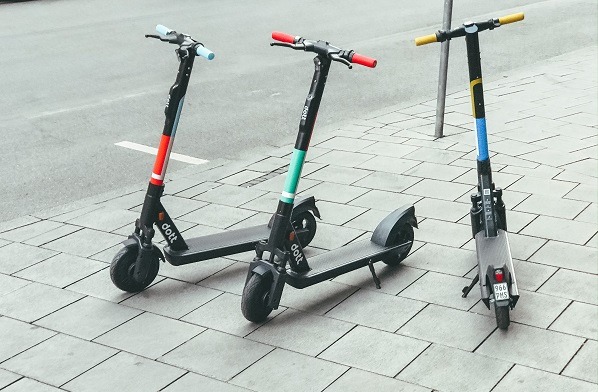 Would you like to go fast on your scooter? To go above the maximum speed limit, you need to remove the rev limiter.

In general, people believe that removing the speed limit on their electric scooters is difficult. But today, we’ll show you how to do it in the most straightforward way. In addition, today, our guide on how to remove the rev limiter on a scooter will help you to go over speed limitations more easily.

What is a Rev Limiter?

Before we go through the process of removing the rev limiter on a scooter, let us understand what exactly is a rev limiter. The aim of an rpm limiter, commonly known as a rev-limiter, is to keep a tiny engine from burning out too soon and keep scooters from being classified as bigger bikes by limiting their peak speed.

By removing the rev limiter, full energy from the engine is sent to the belt, boosting the overall peak speed of your scooter.

How to Remove Rev Limiter on a Scooter

There are two steps that you can follow here, the first is a mechanical process that involves removing the rev limiter completely, and the second is an easier process that requires you to fix the limitation electrically.

The mechanical process to Remove the Rev Limiter on a Scooter

For this step, you will need Important tools like Screwdriver, pincer, pliers, and wrench.

This step can be helpful for both kickstart and electric scooters.

If you are able to follow these steps properly by now, you should have been able to successfully remove the rev limiter on your scooter.

Electrical Process to Remove the Speed Limiter on Scooter

If you do not want to remove your rev and still remove the speed limitation, you can try these steps. However, keep in mind that these steps cannot be used with scooters of all models, and you might have to switch to the mechanical process.

The electrical steps are more suitable for electric scooters.

This is the easiest process of removing speed limitations as here, you do not need to get your hands dirty. However, not all scooters will allow this option.

You can easily remove the restriction from the scooter’s display immediately. Simply by pressing buttons. This so-called “sport mode” is available on some scooters, although it is only recommended for use when riding uphill to get greater power.

You’ll note that if the speed restriction is activated, you won’t be able to travel faster than the predetermined speed, even if you’re heading downhill. This is because if the speed tries to increase, the limiter slows down the engine.

Follow the steps down below to remove speed limitations from the display directly.

Compared to the first step, this step is a bit more complicated, and you need to carefully the steps that we will state down below. Also, do keep in mind that this step will void your warranty.

To get around the speed restriction, you’ll have to modify the software on the scooter’s controller. This is a dangerous mission. You might potentially brick your electric scooter if the process doesn’t go smoothly.

You may also get rid of the speed limitation by deleting it permanently. Follow the actions outlined below to permanently delete it. Make sure to look into your country’s law before completely doing it. The steps are very simple and easy to follow.

Removing the Rev limiter from a Razor Scooter

In case you own a razor electric scooter, then the process can vary a bit.

Using a screwdriver, Allen tool, and pincer, remove the screws from the deck.

When you open the deck, you’ll notice a metal bracket that keeps the batteries in place. You should also get rid of that.

You’ll see that the speed connections are linked to the battery in order to limit the speed. First, remove all of the plugs by carefully pushing the pin. Now, remove the screws from the speed limiter and unscrew it to open it up.

After that, put everything back together in the same order as it was before. Just test your razor electric scooter now, and you should have a higher maximum speed than before.

Battery change cannot be done in all models, but it can work on most scooter models. A better battery with a greater voltage output will drive you to higher speeds.

There are some caveats, though, because the scooter was not designed to handle the greater voltage. Electrical components or the electric motor itself might be damaged by a strong battery. So, make sure to check the maximum battery ratings before changing your batteries.

You have the option of switching to airless tires. Because airless tires have less friction with the ground, you’ll be able to go faster. Airless tires also increase autonomy, allowing you to bike for longer distances.

A more sophisticated approach that will be difficult to put into practice. While the coil on your scooter is rewinding, the speed restriction on your scooter will automatically rise.

In this situation, we propose that you reverse your scooter motor and accelerate it, which will result in less torque but greater RPM.

This isn’t a good idea if your electric scooter is brand new. However, if you have an older scooter, spraying WD-40 on the sprockets or, better still, replacing them with new ones can make a significant difference. This is because sprockets burn down over time and cause friction with other parts.

Make sure to keep your battery charged, as this will allow you to achieve the highest potential speed while also allowing you to sustain it for a longer period of time. While a charged battery will not increase your scooter’s top speed, it will enhance acceleration and torque.

As your battery level gets lower, the speed of your scooter also starts to slow down. Hence, the electric scooter will not be able to travel at maximum speed if the battery is just 10% charged. When you run out of charge, you’ll notice two things: poor acceleration and a lower peak speed.

We discussed different procedures for making your scooter faster by comparing different models of scooters. Choose the process that seems easier to you. However, whichever approach you choose, make sure to read and follow the steps properly to avoid damaging the scooter.

WheelsWay.com is a participant in the Amazon Services LLC Associates Program, an affiliate advertising program designed to provide a means for sites to earn advertising fees by advertising and linking to Amazon.com