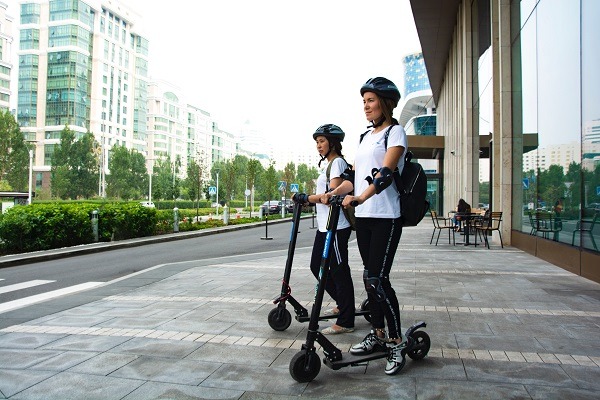 Can you ride an electric scooter without a license, or do they require a special license like a motorcycle?

As with most such questions, the answer is “it depends,” but in many cases, the answer is “yes!” This is one of the unique advantages of micro-mobility as a form of transportation, particularly in communities that aspire to equitably provide transportation for all and optimize for successfully moving people across our world, rather than relying on cars.

Electric scooters are a trendy and fast way to get through the traffic nowadays. They are small and fast and are quite thrilling to ride outdoors.

Electric scooters, like electric cars, are gaining popularity as a viable alternative to gasoline-powered vehicles. They’re not the only greener, but they’re also less expensive to run because they only take a few hours to charge.

What is an Electric Scooter?

However, other small motorized vehicles are classified as motorcycles, mopeds, or motorized bicycles based on their structure, weight, and motor size.

Do you need a license to drive a scooter in the US?

No, generally speaking, you won’t need a license to drive an electric scooter in most states of the US. 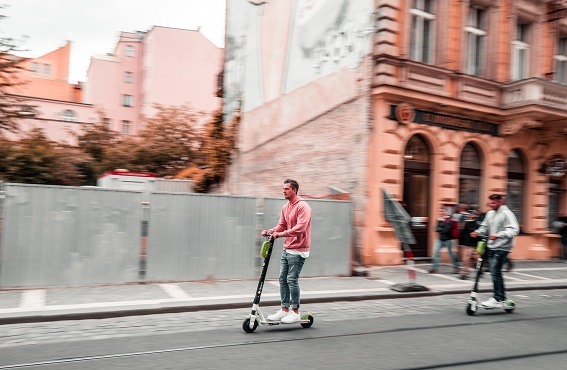 Scooter license in the US

Whether you’ll need a driver’s license or not is mostly determined by where you’ll be riding your scooter. Every state in the United States and numerous countries and areas throughout the world have devised its own legal framework for electric scooters, a mode of transportation that didn’t exist as a viable choice only a few years ago.

Generally speaking, outside of California, most states do not require a driver’s license to operate an electric scooter, but as with any legal matter, you should check your local state and city rules before buying or leasing one.

New Yorkers who do not drive and have no reason to get a driver’s license will find e-scooters to be a particularly convenient option as a result of the scooter law.

Electric scooters with a top speed of no more than 20 mph can be driven on roads and bike lanes in the state of New York. In addition, scooters are classified as Class C vehicles, which means that they do not require a driver’s license to operate.

California has gone into great depth with its electric scooter regulations, which is uncommon in other states. According to California law, riders of electric scooters must currently have a valid driver’s license and must not exceed 15 miles per hour.

Laws in other states

The answer to whether you’ll need a driver’s license in other regions is mostly dependent on how your state classifies electric scooters, which might vary significantly.

Scooters are sometimes lumped in with mopeds and other street-legal vehicles that require a valid driver’s license to operate in some areas. Where on the other hand, some states lump electric scooters in with electric bicycles, which can be operated without a driver’s license.

To be safe, ride-hailing firms like Bird and Lime normally require that their customers be at least 18 years old and have a valid driver’s license, but these are company standards, not state or federal legislation.

Do you require a license to ride an electric scooter in the UK?

“You must have the category Q entitlement on your driving license to ride an e-scooter,” according to recent instructions provided by the UK Department of Transport. Category Q is included in a full or provisional UK license for AM, A, or B categories.

When riding an e-scooter, you do not need to display L plates if you have a temporary license.” This, however, solely applies to a small trial of shared e-scooter platforms currently underway in the United Kingdom. 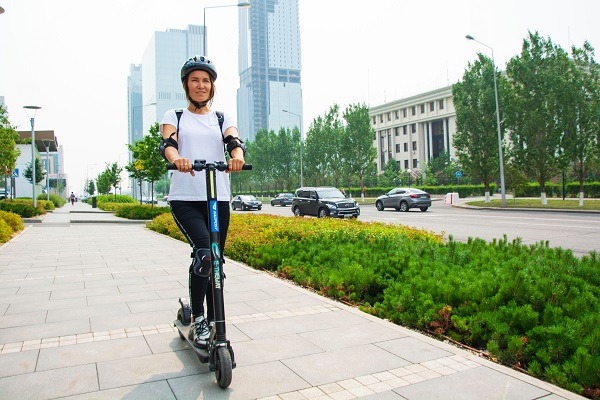 Electric scooters are subject to a complex set of regulations in the United Kingdom. Scooters are allowed to buy and sell, but there are numerous limits on where they can be ridden.

For the time being, e-scooters are not permitted to be used on public highways, bike lanes, or pedestrian walkways in the United Kingdom. However, you can ride them or your private lands without any license. However, if you wish to drive it on the roads, a license is a must.

If your electric scooter exceeds 30 mph, it is considered a full road vehicle and must adhere to the same regulations as a 50cc petrol scooter. This means that you must have a valid CBT at the absolute least, but you can even have a full motorcycle license.

Electric scooters currently have modest engines; thus, their top speed is limited. For the same reasons as 50cc scooters, this makes them particularly ideal for young riders. Because they follow the same restrictions as a 50cc scooter, you’ll still need insurance, L-plates, and you won’t be able to transport passengers with just a CBT.

The M488 electric scooter is one the fastest electric scooters, but according to UK scooter laws. It is illegal to use this scooter on public roads, lanes, and highways. However, you can still use them in private lands.

As they are really fast, this means it wouldn’t be safe to use on a public road because it would be harmful in close proximity to other vehicles. So they can only be used on private land.

While this means they aren’t fit for use as a commuter vehicle, it also means that you don’t need a license to ride one. Anyone over the age of 14 can ride them if they are on private property.

Scooter laws in other countries

So far, we have discussed the scooter-related laws in the US and UK. But the laws differ from country to country, so let us look at the laws from other countries too.

Scooter restrictions are stringent in Japan: Scooter riders must have a valid motorcycle license in addition to license plates, insurance, and registration.

The laws of Australia differ from state to state and territory to territory. To ride an electric scooter in Queensland or Victoria, you’ll need a license.

Scooter rules in Canada differ by province, state, and city. For example, you can ride an electric scooter without a license in most provinces, while there are age restrictions, and certain regions do require a driver’s license.

A government perspective on electric scooters

The legislation governing the use of electric scooters is continuously changing. Governments adore how they use human-sized and electric vehicles to meet fair mobility goals (as many people cannot afford a car, petrol, parking, or auto insurance), as well as substantially cut carbon footprints.

1. Can I ride electric scooters publicly in London?

Answer:  The only e-scooters that can be used on public roads are those rented as part of government-backed trials. If you own an e-scooter, you can only use it on private land, not public roads, cycle lanes, or pavements.

2. Are electric scooters legal in the US?

Answer: Electric scooters aren’t covered by any federal legislation — In 2001, Congress revised the Consumer Product Safety Act of 1972, resulting in a nationwide definition of e-bikes in the United States.

However, in most states, you can drive an electric scooter without a license. But in California, you will need some type of license.

Electric scooters are one of the most interesting commuting vehicles out there. But why buy an electric scooter? They are fast, easy to carry around, cheap, and most importantly, eco-friendly. But you surely do not want to get in trouble for driving them on roads without a license.

So before you get them on a public road, make sure to go through your state’s law on whether you need a license or not.

WheelsWay.com is a participant in the Amazon Services LLC Associates Program, an affiliate advertising program designed to provide a means for sites to earn advertising fees by advertising and linking to Amazon.com